Reports from the 2018 CPVA Survey

You may have been following the discussion opened up by Dr Wendy Thorley and Al Coates, following their survey of adoptive and foster families at the end of 2016 (here,  here, here and here), and then the enlarged questionnaire to all families experiencing violence and aggression from their children of 2018. If so, you will already be aware of the way in which the responses brought to the fore a number of difficulties with the way in which CPVA is understood and conceptualised; particularly around intent, and children who have either a recognised mental health diagnosis, learning difficulty, or have experienced trauma in early childhood. Two documents are now available, comprising a full and detailed analysis of the recent survey responses, and an extended summary of the main discussion points and recommendations. The first is available through Amazon, the second as a free download from Academia. 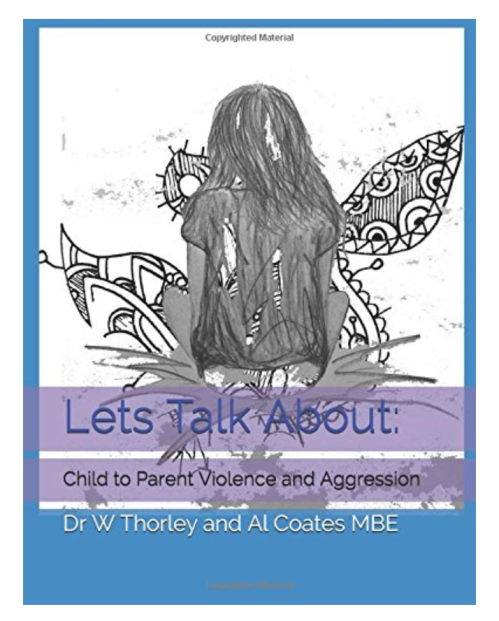 Credit must also go to Helen Townsend, of Inner World Work,  for the beautiful artwork. It is not easy to find appropriate illustrations for a topic such as this – many stock images focus on the face of an angry child – and these illustrations match the more thoughtful, nuanced interpretations of the report.

Thorley and Coates bring a particular knowledge and understanding to the work, through their involvement in adoption and fostering, where violence and aggression is ‘over-represented’ compared to the general population. They propose a new umbrella term of Childhood Challenging, Violent and Aggressive Behaviour, which encompasses both CPV with intent; and behaviour which comes from dysregulation, anxiety, and stress (perhaps similar to Yvonne Newbold’s Violent and Challenging Behaviour). This latter typology is thought to be already identified as Conduct Disorder and Intermittent Explosive Disorder, within ICD-10/ICD-11 and DSM-V, which would then point to a mental health intervention rather than a criminal justice response.

As well as this new distinction, Thorley and Coates propose a new way of understanding blended families, making this more relevant from the child’s point of view; and offer a comprehensive breakdown of the costs of living with CPVA, both to the family concerned, and to the state. New responses are suggested,and broader training, but above all, the importance of properly listening to families’ accounts of the violence, rather than basing interventions on assumptions – and, of course – acting as well as talking.

There is much to think about here, in a report that questions significant amounts of the received wisdom regarding CPV; and Thorley and Coates recognise this, hinting at more to come in future.

Read the response from CoramBAAF to the report and ITV programme here.

Read the response from Professor Stephen Scott and the Association for Child and Adolescent Mental Health here.